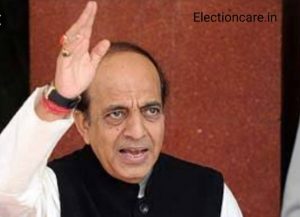 Former Trinamool Congress MP Dinesh Trivedi has joined the BJP on Saturday after announcing to quit the Rajya Sabha during campaigning in West Bengal, he heads its president JP Nadda and other ministers besides Union ministers Piyush Goyal and Dharmendra Pradhan Joined BJP in presence of Nadda praised Dinesh Trivedi, saying that he was previously a right person in the wrong party and is now in the right party.

Trivedi was once a close confidant of TMC President Banerjee and was his choice for the important railway ministry in the Union Cabinet during the UPA government. Mamta Banerjee has also changed her style of campaigning after Trivedi leaves the party, although Trivedi’s lack may have to harm Mamta.

After losing the Lok Sabha elections in 2019 to Trivedi, he was sent to the Rajya Sabha by the party. With the BJP being successful in getting many TMC leaders into its fold, the BJP party has said that it underscores the growing uneasiness in its rival camp and is indicative of its “decisive” victory in the assembly elections.