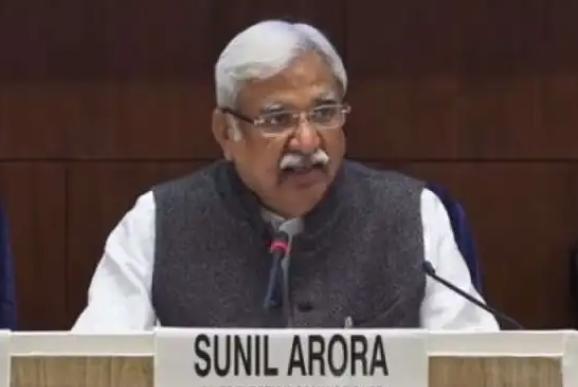 The poll panel held the press conference at 4.30 PM during where the dates for assembly elections were announced.
Chief ECI Sunil Arora Says Our tributes to the COVID19 warriors and all our officials on election duty who are located on the frontline

2. Tamil Nadu Election in one phase for 234 assembly constituencies in 38 districts on 6 April.